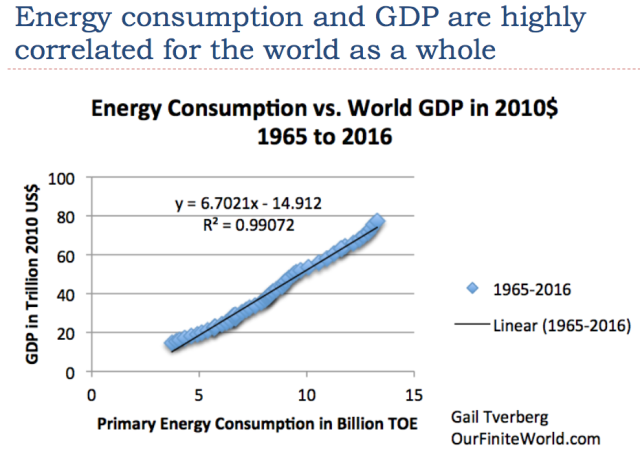 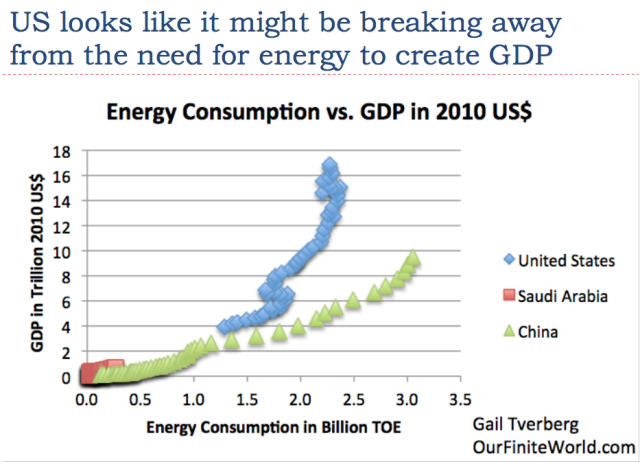 .
U.S. economy can grow with almost no increase in annual energy consumption. This rather strange situation arises because the standard calculation misses energy embodied in imported goods. Thus, if the United States wants to outsource a great deal of its manufacturing to China, the energy consumption used in making these goods will appear in China’s data, not in the USs’ data. This makes the country that has outsourced manufacturing look very good, both with respect to energy consumption and CO2 emissions. 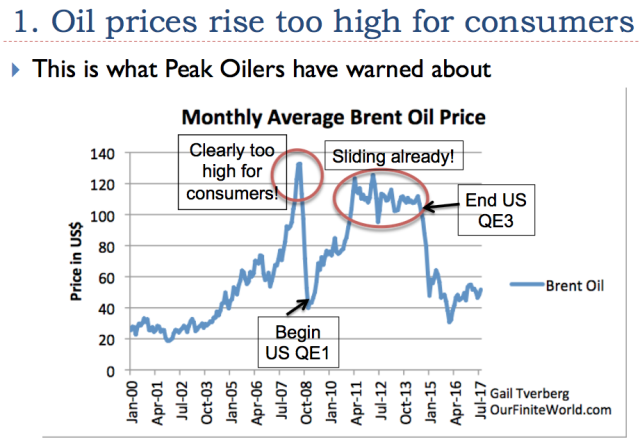 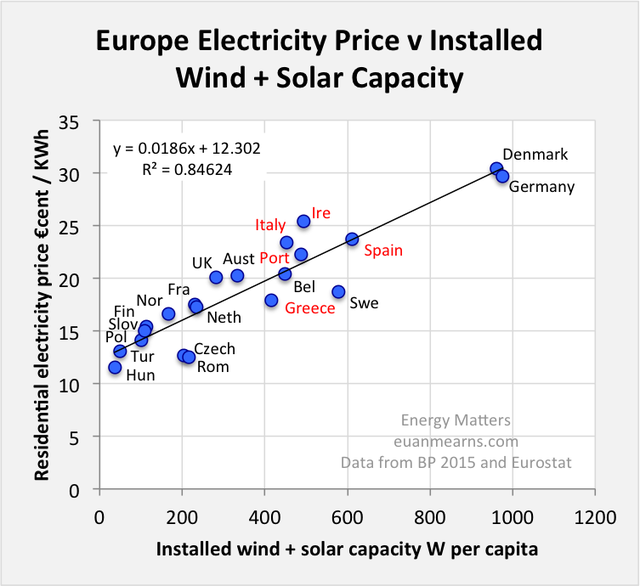 ***
Employment Situation: “Year over year growth has been decelerating for all practical purposes in a straight line, as per the chart. And the downward revisions in prior months are further evidence of the weakness which began with the collapse in oil capex at the end of 2014. And wage growth increased at least partially because the jobs lost were largely those of lower income workers” (charts) [Mosler Economics]. “Also, at this point with low levels of deficit spending, both public and private, the economy is more likely to be path dependent. In other words, a drop in employment and sales for any reason is also a drop in income which probably means less subsequent spending, less income, etc. etc. but it take another month or so of data to see if that’s what’s happening.”

2) “General Motors Co. is facing a supply glut and it goes beyond automobiles on dealer lots. Despite its drastic downsizing a decade ago, the top U.S. auto manufacturer by sales finds itself with too many factories that can turn out too many vehicles. The imbalance is undermining GM’s finances” [Wall Street Journal]. “Adding to the strain: GM must contend with its capacity glut at the same time the company is making costly investments in electric cars and self-driving vehicles.” 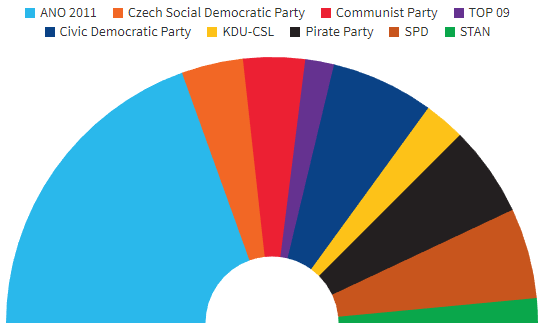 The causation is straightforward: Economic sanctions have hobbled Russia’s economy, the resulting poverty and economic uncertainty have led fewer Russians to have children.

.
There is ample supporting evidence: The twin shocks of U.S. and EU sanctions in 2014 and the drop in the global price of oil — Russia’s chief commodity export — produced in Russia in 2015 an economic contraction of -3.7 percent of GDP, increased capital flight and budget deficits, and a free-falling ruble that depreciated by more than 50 percent against the dollar.