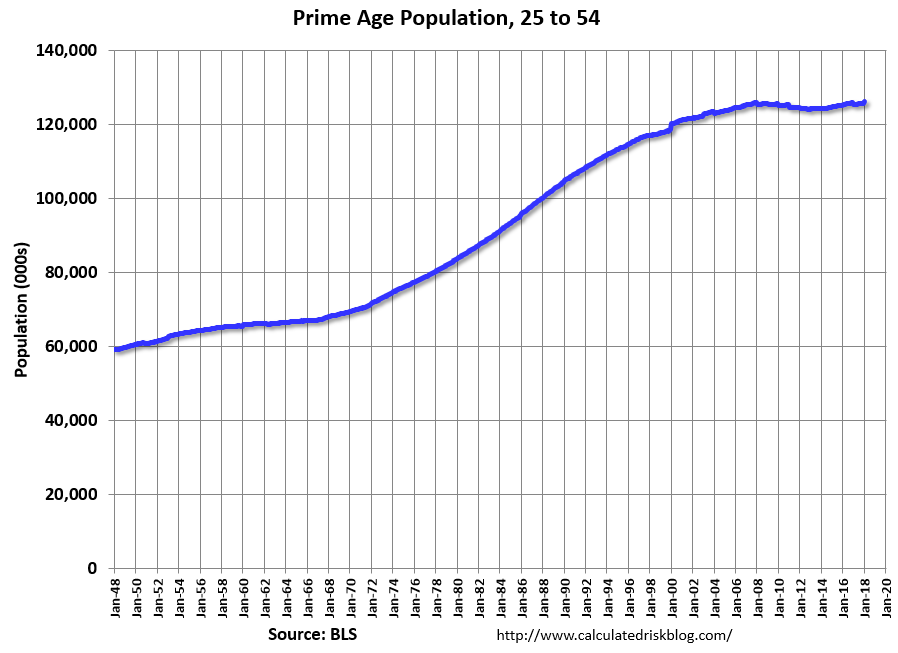 “The U.S. prime working age population peaked in 2007, and bottomed at the end of 2012. As of January 2018, according to the BLS, for the first time since 2007, there are now more people in the 25 to 54 age group than in 2007…. Changes in demographics are an important determinant of economic growth, and although most people focus on the aging of the “baby boomer” generation, the movement of younger cohorts into the prime working age is another key story…. The good news is the prime working age group should grow at 0.5% per year (depending on immigration policies), and this should boost economic activity.”